Today, I visited the garden with largest collection of California native plants in the world. It’s called the Rancho Santa Ana Botanical Garden. While wandering the 86 acres that are on a mesa in Claremont, California, in the foothills of the San Gabriel Mountains with a couple friends, I couldn’t help but think about the woman who made this possible.

Her name was Susanna Bixby Bryant, and she basically inherited a large cattle and citrus ranch in Yorba Linda, California, when her father died suddenly at at 39. Mrs. Bryant grew up in Los Angeles, but had gone to finishing school in Boston. After travelling around the world, she married a physician and settled in L.A. But after a few years, she “tired of woman’s luncheons and teas, committee meetings and benefits,” (according to a biography about her life called Scents of Violet, written by her daughter.) and in 1911 devoted herself to managing the ranch in northeastern Orange County. 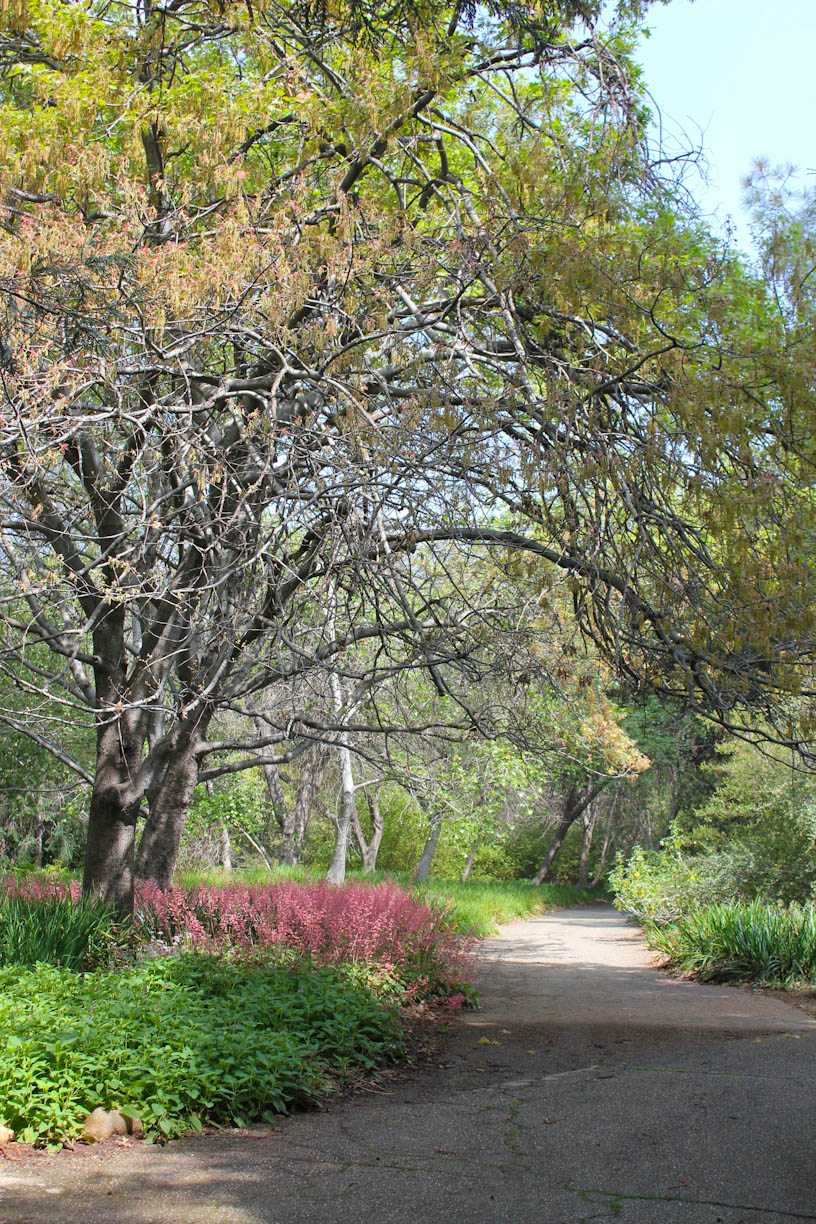 In 1925, she devoted herself to planning a native plant garden, and set aside 200 acres of her land to collecting and preserving as much of the flora in California as possible. She called her botanical garden “a scientific institution for a better understanding on the natural flora.” How lucky we are that people like Mrs. Bryant had such foresight and commitment!  She not only set aside the land, but financed the entire project, and made sure it continued after her death. 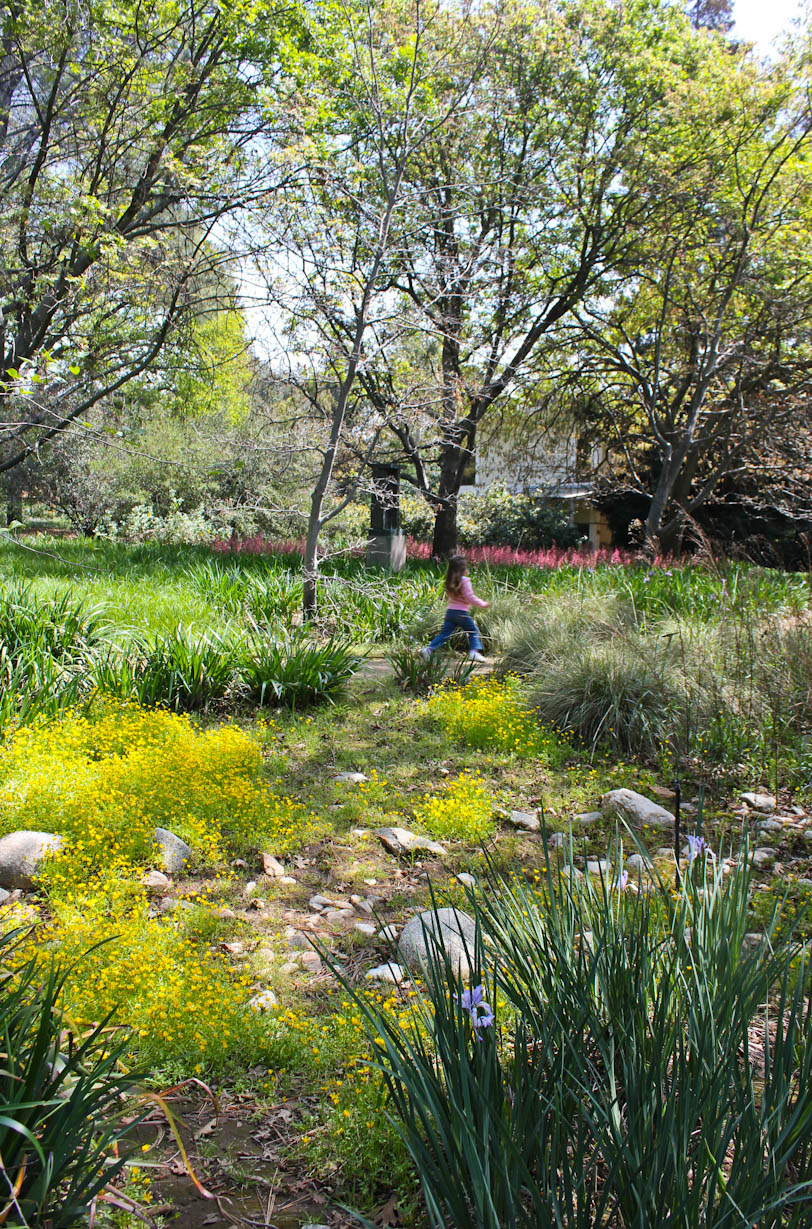 But when Mrs. Bryant died “suddenly and unexpectedly” (After a cursory Google search, I found very little details about her life or death.), the entire garden was moved in 1951 to its current Claremont location at the base of Mount Baldy. Apparently, the botanists were pleased to be near the intellectual scientific community at the colleges there (Pomona, Pitzer, Harvey-Mudd, etc.).  In 1978, one of her heirs (most likely a grandson) sold the old cattle and citrus ranch lands to developers, and now it is covered with tract homes. The city of Yorba Linda did preserve Mrs. Bryant’s original ranch home, and it’s now a small historical society and museum. I’m now eager to visit to learn more about Mrs. Bryant.

Not to be provincial, but it makes me proud that we have such a garden heroine from Orange County–even though her living legacy ended up in Los Angeles County. (In Laguna Beach, we have an entire army of garden heroes who fought for years to set aside the open space that surrounds our coastal city, called The Laguna Greenbelt. But other OC cities weren’t that fortunate and were consumed with cookie-cutter development.)

Apparently, she started her garden as a tribute to her father. Today, it’s really a legacy to Mrs. Bryant! The place is a renowned hub of dedicated scientists and students who are carrying on her mission to preserve the native plants of California.

And it’s also a world-class center for collecting and cataloging rare seeds. My friends and I didn’t experience any of that side of the garden today. Instead, we just wandered the paths and explored the different habitats. They are divided into three areas: Indian Hill Mesa, the East Alluvial Gardens and the Plant Communities.

It’s a place that I would love to return to and investigate further. One of my friends, who has been planting California natives in her Laguna Beach garden longer than anyone I know, said no matter what time of year she visits, it’s always beautiful. (The Matilija Poppies were just about to crack open!) 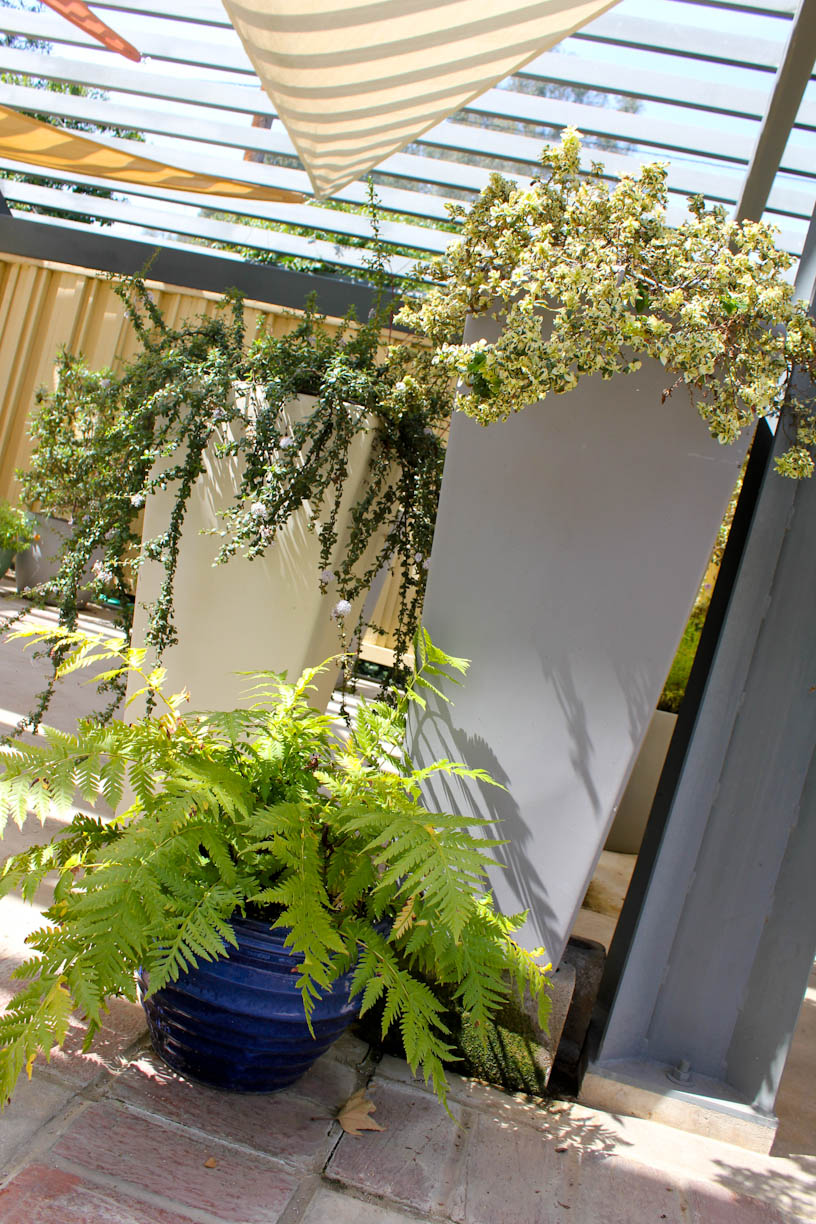 One part of the garden had a large, covered space that showcased how well California native plants thrive and look in containers.  My friend commented on how they often look very appealing because they have an “architectural” quality. This container, featuring mini natives and some corral bells, is very porous and earthy. 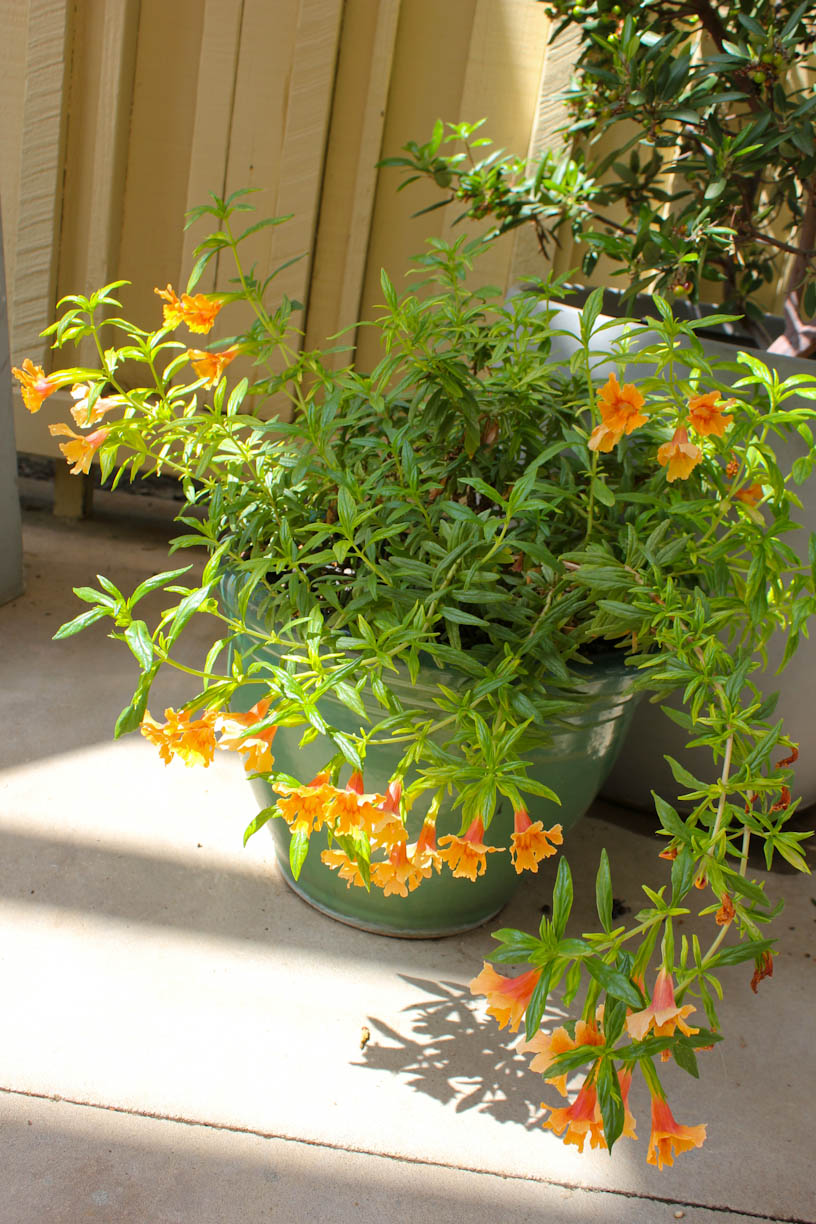 I never thought Monkeyflower would be so happy in a container!

This place also has a mind-blowing California native plant sale in the fall, according to my friend. We also have our own amazing native plant nursery in OC called Tree of Life, which is a fun and scenic outing in its own right. (Click the link to read a post I wrote about it.)

We saw these dark butterflies all over the place today, along with a couple Monarchs. Anyone know what they are called? (Thank you native plant expert Ron Vanderhoff over at Roger’s Gardens in Newport Beach: It’s an uncommon type of swallowtail, know as the Pipevine Swallowtail.)

I just love that a woman who lived in this part of the country decades ago, when no one cared why preserving the local plant life was important, understood their value. Only because of her vision and effort can we walk through these paths and enjoy them today. Thank you Susanna Bixby Bryant. You are my new hero. I mean heroine!

A fellow garden blogger, Emily Green over at A Chance of Rain wrote a similar tribute to Mrs. Bryant and the Rancho Santa Ana Botanical Garden recently if you want to read more–click HERE.

Want to Grow Your Own California Native Plants? Here are the best books to learn how:

California Native Plants for the Garden

One thought on “The Mecca of California Native Gardens”