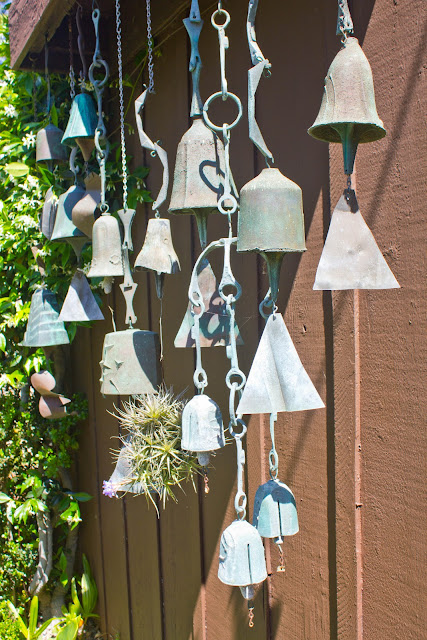 The Hand-Cast Chimes of Paolo Soleri

And His “Ecology” City in Arizona

These amazing windbells by the visionary urban planner and designer Paolo Soleri dangle off the front of a private bungalow-style home in the center of Laguna Beach. (The home was featured in last year’s Charm House tour.) Once you notice these mid-century bronze or ceramic chimes–and decide you LOVE them and need to have your OWN–you start to spot them all over town. 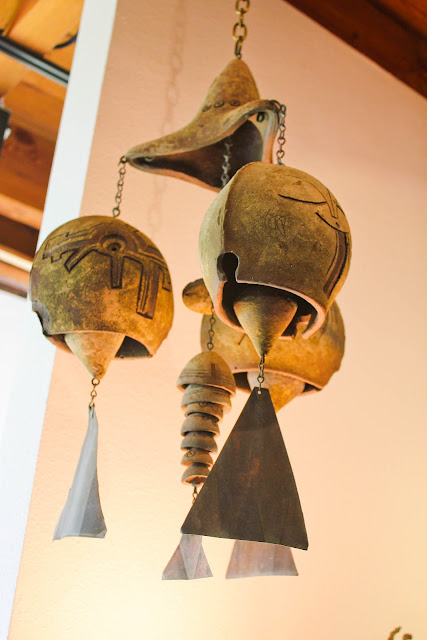 If you are really lucky, you can still find the older pieces at local garage sales. A boutique in town used to sell them, so they are in many of our local homes. Even our hometown garden star, Hortense Miller, had a large Paolo Soleri Windbell in her garden. 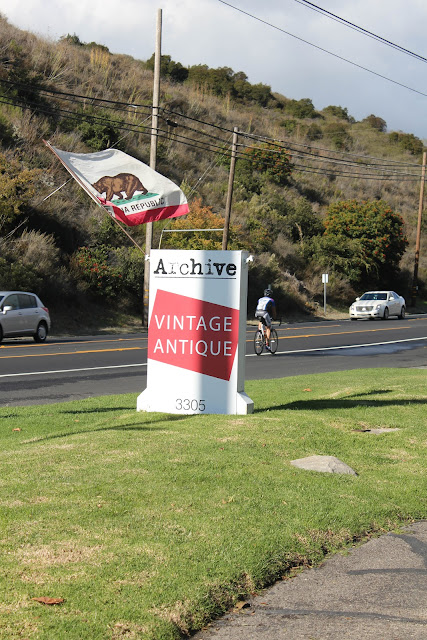 So you can imagine how excited I was when I visited the fabo new mid-century store called Archive, located in Laguna Canyon, and saw their collection for sale!
They had about a half dozen windbells, both ceramic and in bronze. 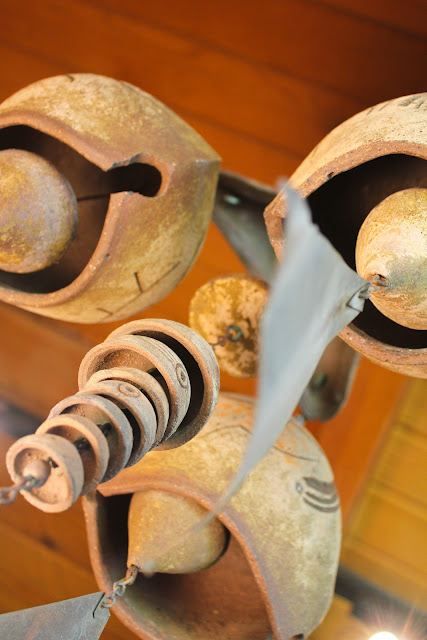 This piece, an older ceramic windbell, was several hundred dollars. However, even if you don’t hit the garage sales, you can still buy new Paolo Soleri windbells HERE. They are still in production out of his studio in Paradise Valley, Arizona. According to their web site, they sell about 25,000 windbells a year. 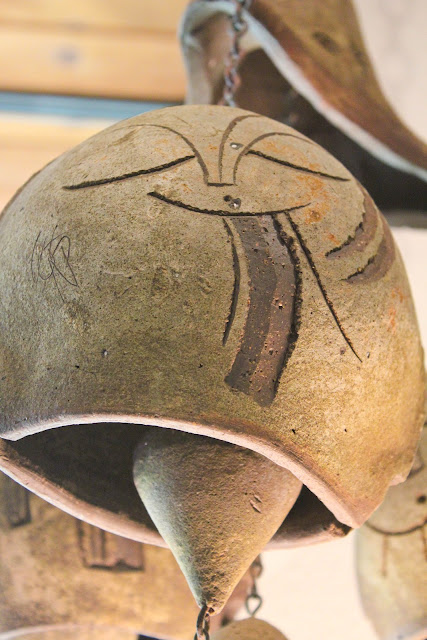 Even cooler than these bells, however, is that proceeds of their sales fund his amazing urban planning project, called Arcosanti. Since the 1970s, Soleri has been building a prototype of a sustainable mini-city for 5,000 people, using the same earth casting techniques to make these bells. 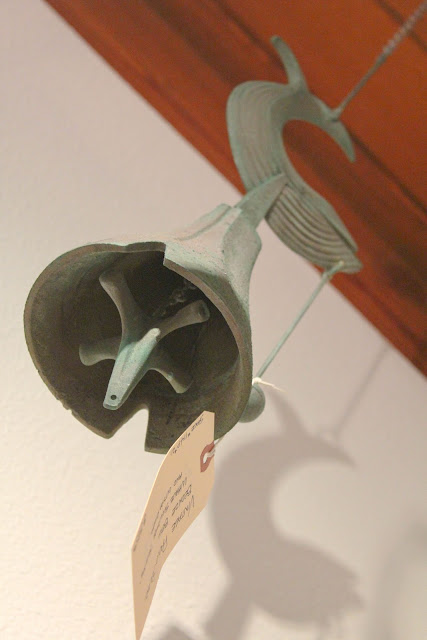 Talk about a man ahead of his time. The guy studied in the late 40s with Frank Lloyd Wright at both Taliesins in Arizona and Wisconsin, then returned to his home of Italy to develop slipcast techniques for architectural structures. (Above is a bronze windbell.) In the 70s, he set out on his own to build this eco-city in the middle of Arizona, in a place called Cordes Junctions. (I just learned all this myself after Googling these bells. I’m thinking road trip!!) 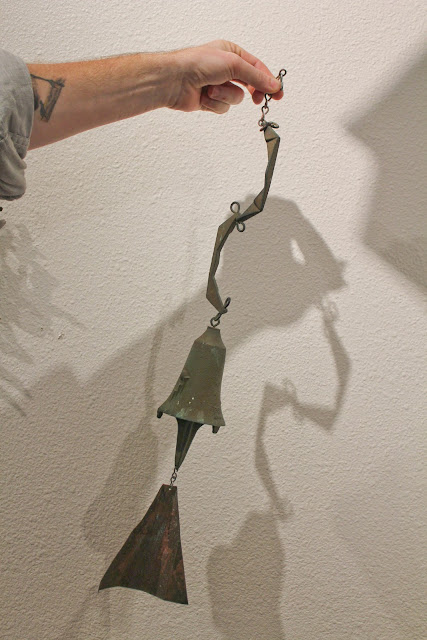 Paolo, born in 1919 and apparently still touring and lecturing, started thinking about sustainability in the 70s, when some of us remember it being called “ecology.” The goal of his city is to minimize energy use, reduce waste and pollution, interact with the land and encourage social interaction and accessibility. Sound familiar? 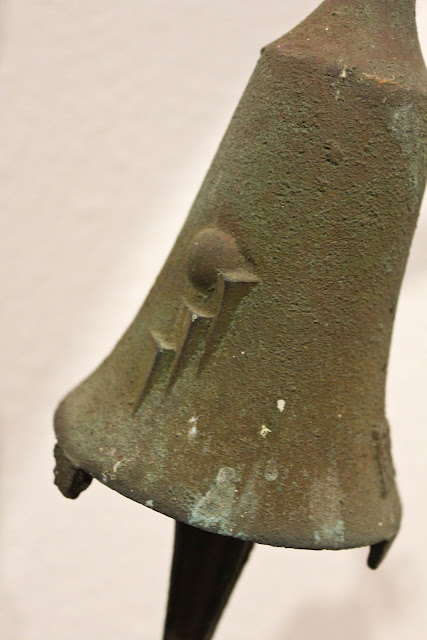 Some people got interested in these values in the 60s and 70s, and never stopped pursuing them, even when they fell out of vogue. We have a lot of those types (now older) living in Laguna Beach (my kids called them “hippies,” which some of them were. But most of them simply shared these progressive values) who are like-minded to Paolo–artists who care about nature, gardens, beauty and not ruining what we have. 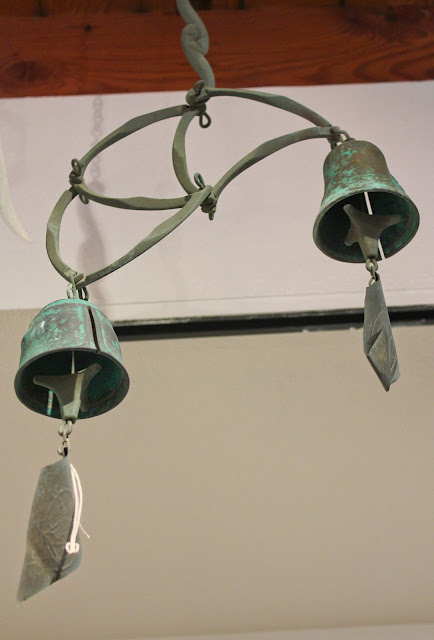 6 thoughts on “Ring My Wind Bell”