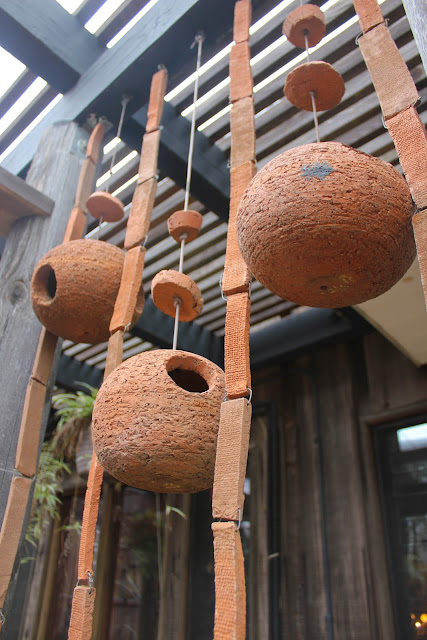 So what would the garden of the man who handcrafted some of most beautiful furniture in the world look like? Today, my husband and I set out to find out. We drove about an hour northeast to the Pomona Valley and toured the home and garden of Sam Maloof. It’s a compound of structures Maloof built for himself and family in the 1960s in Rancho Cucamonga, and lived here until his death three years ago. Click HERE for sampling of his work on the beautiful blog, Mid-Centuria. 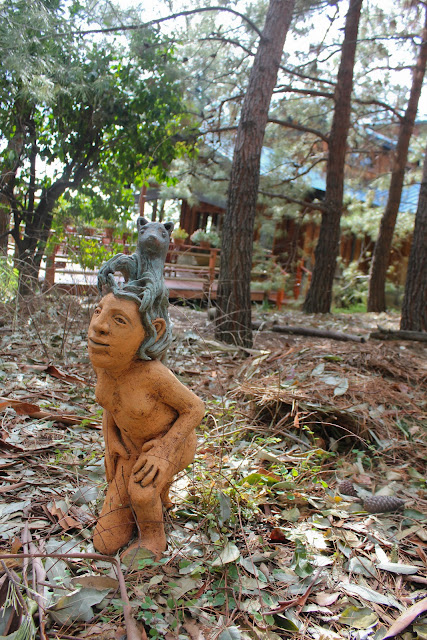 The garden is very loose and natural, filled with California native trees and plants, as well as fruit trees. It meanders and circles the entire property. Currently, they are setting up outdoor sculptures, like this one, for an upcoming show. Sam has been celebrated this fall and winter as part of a massive collaborative art show called Pacific Standard Time. Museums and galleries are featuring shows from Los Angeles to San Diego on art produced between the 40s and 70s in Southern California.
The Huntington Library (and gardens) is currently showing a wonderful exhibit on Sam Maloof’s furniture as well as art–paintings, textiles, sculpture, enamel work, etc.–from the bohemian community of artists who lived and worked and supported each other mainly in the 50s and 60s. It’s called The House that Sam Built. Most lived and were connected to the college towns of Pomona and Claremont, home to Scripps, Harvey Mudd, Pomona, Pitzer colleges, etc. 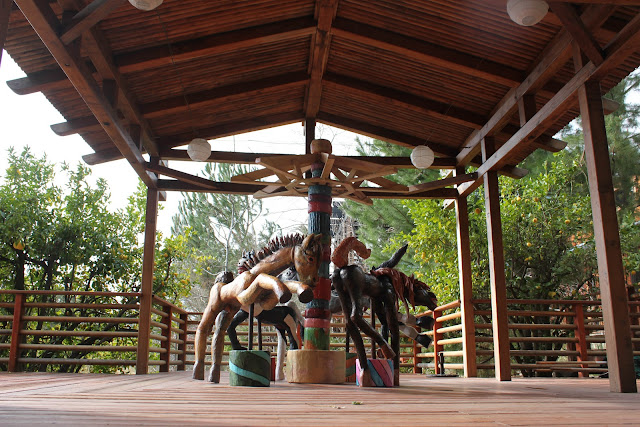 This was probably the low point for the garden, but it still looked beautiful. The orange and lemon trees were loaded with fruit, and many of the native plants still had hints of blooms and color. Besides Maloof’s home, there is an educational facility and working galleries on the property. In one room inside the house is a small Pacific Standard Time show, featuring pieces by Maloof and two other master woodcarvers, called In Words and Wood: Sam Maloof, Bob Scottdale and Ed Moulthrop. 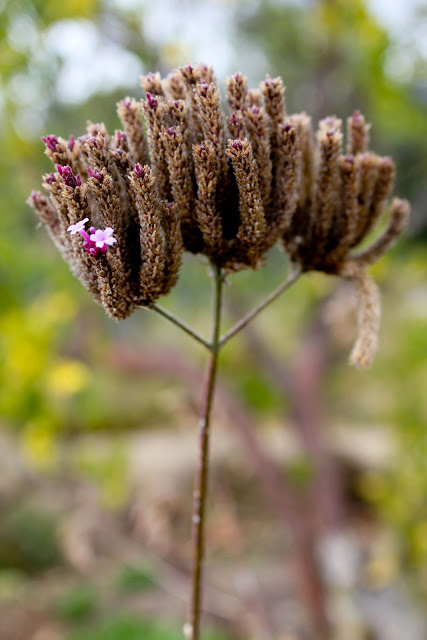 Native gardens have a unique beauty in the fall and winter, when you can appreciate the lines and shapes of the hulls, pods and stems, and the subtle hues of brown and green. 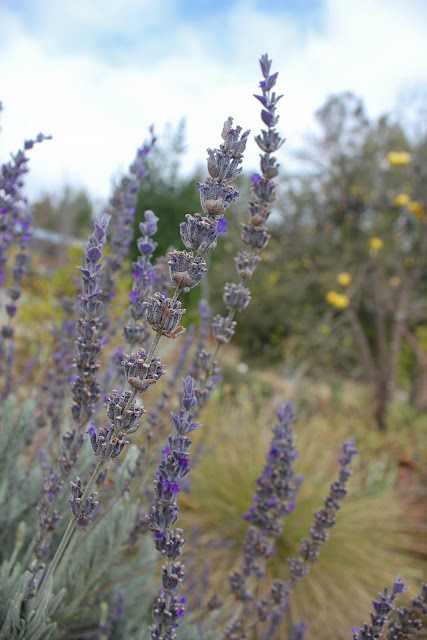 One of my favorite parts of winter gardens are the pungent, musky smells of lavender, sage, eucalyptus and fennel and other plants. 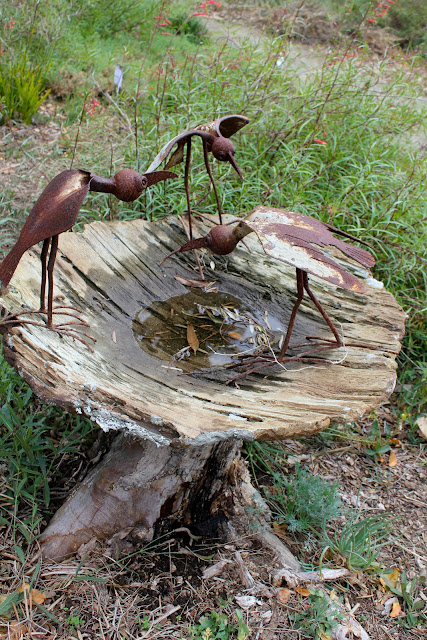 The rough, organic nature of the garden and accents are in stark contrast to Maloof’s streamlined, smooth chairs and other furniture featured inside his home. 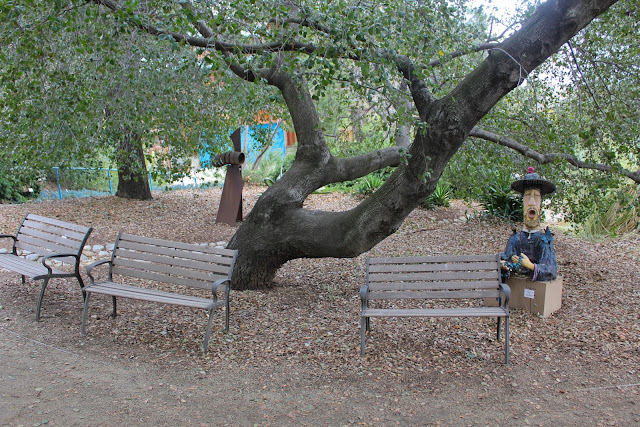 My favorite saint under the oak. 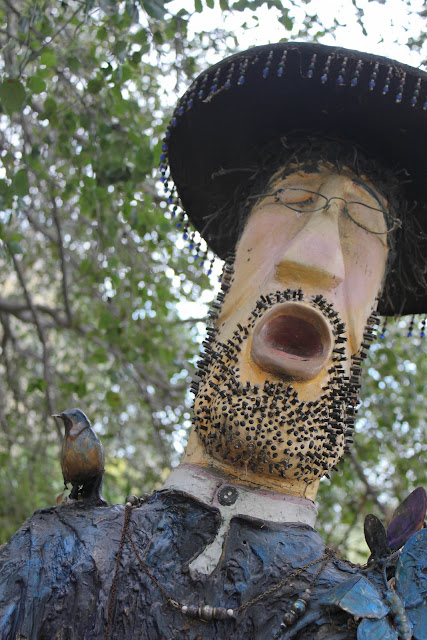 Actually, he’s the only one I know about. Francis of Assisi. How can you not like a guy who was into animals and nature? 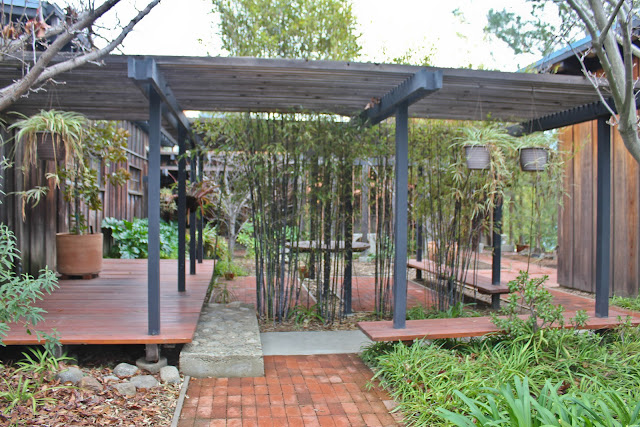 I am such a sucker for these types of courtyards. Maloof’s home reminded me of Hortense Miller’s home in Laguna Beach: simple, a celebration of nature and art, inviting and pure California! 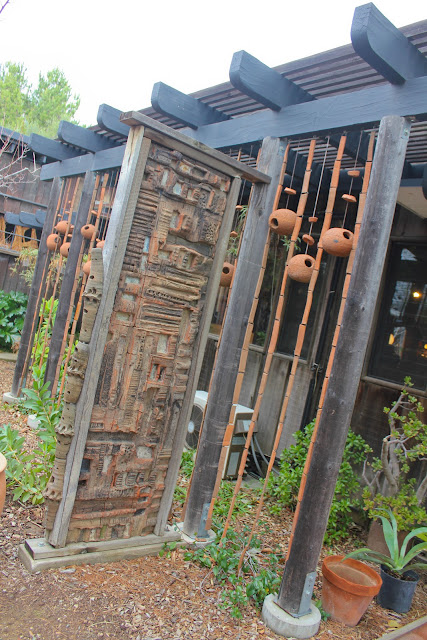 Maloof and his wife were part of a tight community of artists in the area, and they all traded their work. And Maloof was known for loving to collect beautiful things, including a late-model Porsche purchased in his 80s. 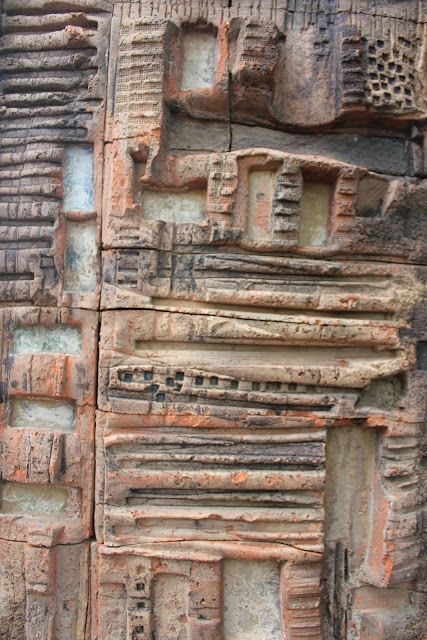 His garden and home are filled with amazing paintings and ceramics and other art peices by artists such as Millard Sheets, Ken Price, James Strombotne, Paul Soldner, Peter Voulknos, Phil Dike, etc. It’s like a mini museum of the local artists. While we were out that way, we also visited another Pacific Standard Time show at a gallery at Scripps College, called  Clay’s Tetonic Shift, which featured three artists–Peter Voulkos, Ken Price and John Mason–who revolutionized modern ceramics by making pieces more for their sculptural value than their typical utilitarian purpose. In other words, their stuff was pretty organic and funky! 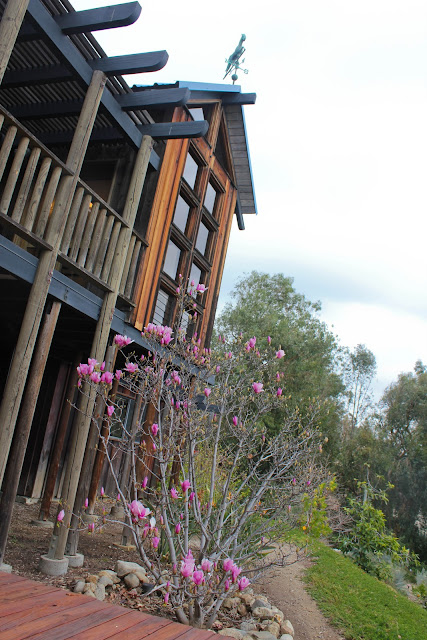 This entire compound had to be moved years ago when Cal Trans planned to build a freeway, the 210, smack through the middle of it. You would never know unless someone told you. 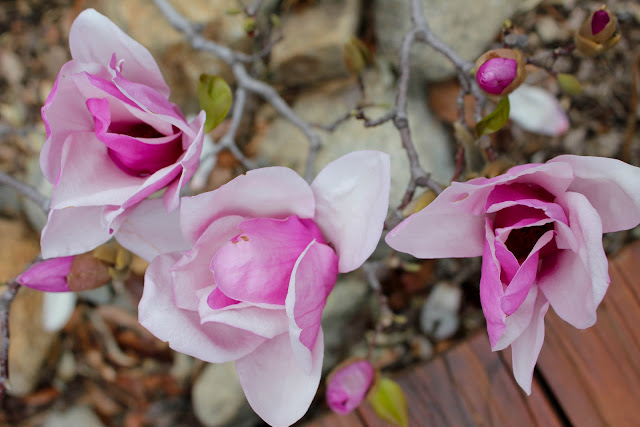 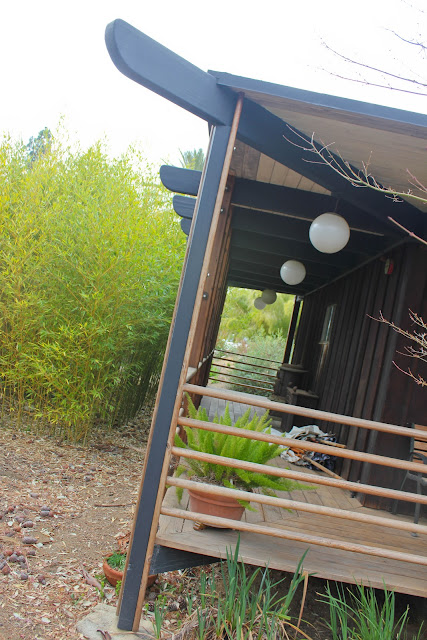 Apparently, Maloof reacted against the slickness of modern art by sticking to his hand hewed craft and sensibility. But his home has a simple, clean lines and open sense of space of many mid-century houses. 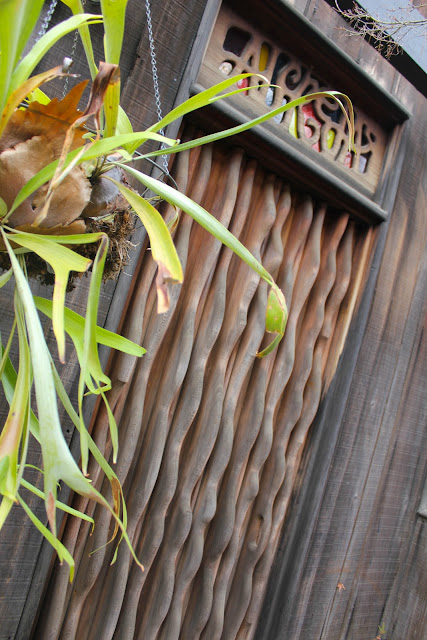 All the doors were like this, works of art on their own. He even did all the stained glass throughout the home. Yes, this is a just a tease. They didn’t allow photos inside–so you will just have to go!!  Just make sure to make a reservation a month in advance. We got lucky and were able to jump in on a tour today. 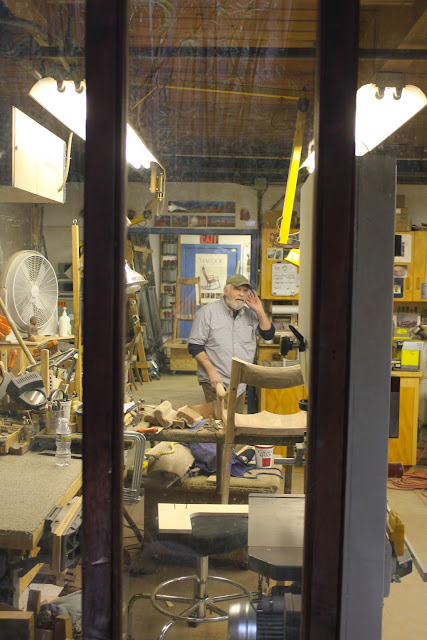 Maloof’s woodworking studio is still in operation and on the same property. He had several apprentices during his later years, and these guys are still making his chairs and other pieces. You, too, could own a really cool Maloof rocking chair for a mere 20 to 25K. (And those are the ones not signed by Maloof.)

These amazing art shows with Pacific Standard Time are going to run through March, but they are everywhere.
So if you can, get busy and check them out! Click HERE for the schedule.
Here’s a beautiful book about Sam Maloof, his life and art. I splurged on it and love it.:
(Click the link or image to buy it)

2 thoughts on “The Garden that Sam Built”