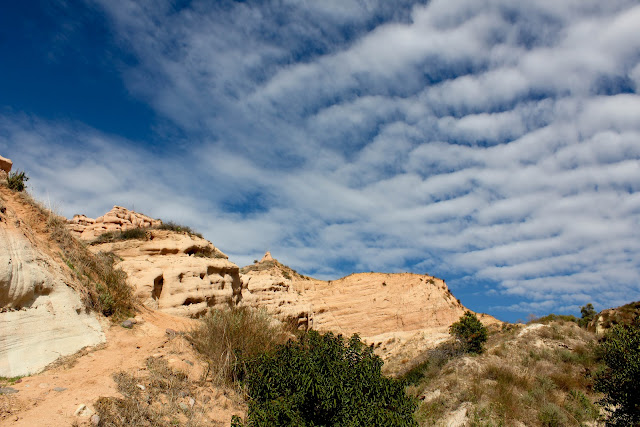 My friend, Laura, has been an enthusiastic supporter of Laguna Dirt since I started this blog about a year ago. Laura is a knowledgeable gardener–planting California natives long before most of us had heard about them–a mom of three superstar kids, a daily hiker and one of the best chefs in town. So when she cooked up the idea of a hike in one of our open spaces, offered to bring lunch and wanted to check out a new microbrewery that uses our native flora to make beer, I was in. 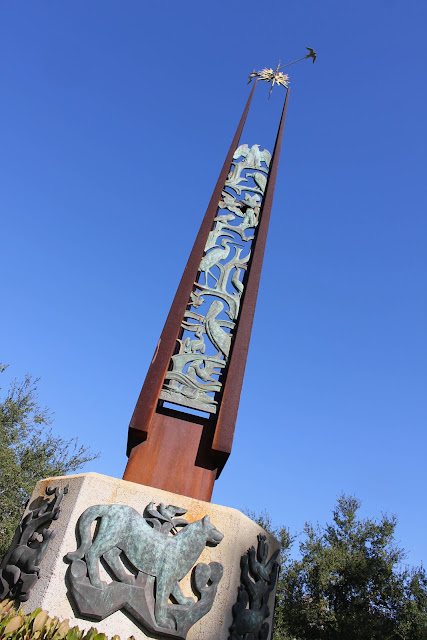 Laura, two other friends and I carpooled out to the trailhead of the Whiting Ranch Wilderness in Trabuco Canyon, about a half hour drive from Laguna Beach. As the mother of two Eagle Scouts, she came prepared with a Xerox page from the new hiking guide, 50 Hikes in Orange County, by Karen Klein. (Coincidentally, Karen is a friend I worked with at the Orange County Register newspaper years ago who also lives in Laguna Beach. I highly recommend her guide!)  This towering sculpture, called “California Song,” by John Adward Svenson, marks the trailhead. 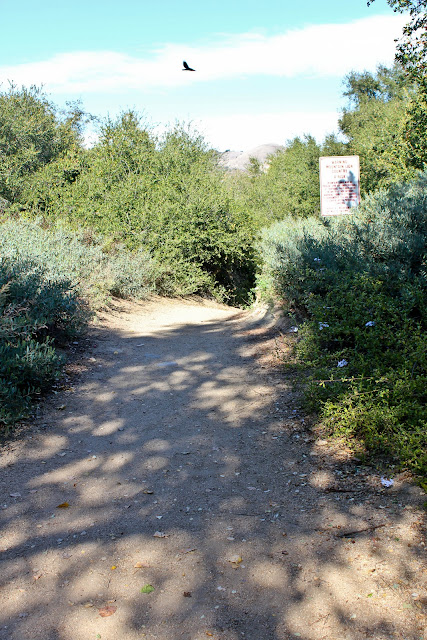 I don’t think you can read the sign, but it warns about mountain lions. There were several attacks here in 2007, one killed a bicyclist, and another woman was mauled, but survived. The mountain lion was tracked down and killed. To put these attacks in perspective, there have been about 13 attacks by mountain lions within the last 100 years or more in the entire state of California, and five of those were fatal. The deaths are tragic, but I still feel privileged just to know mountain lions still roam these parts. 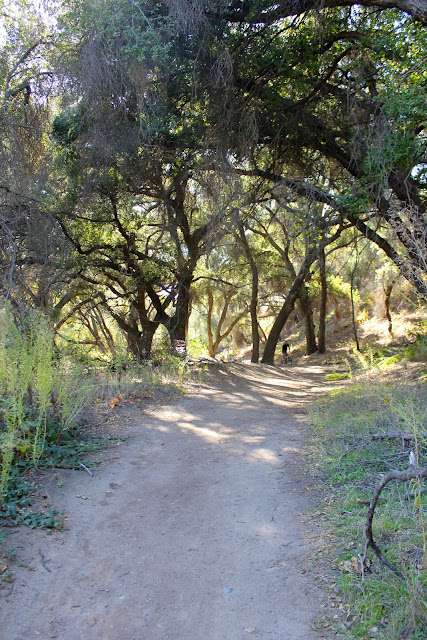 Once we started hiking, we quickly came upon giant stands of sycamores and oaks, which were still black from the Santiago fire in fall 2007 that burned 90 percent of the more than 4,000-acre wilderness park (and nearly 30,000 acres total.) They have made an impressive recovery since then. 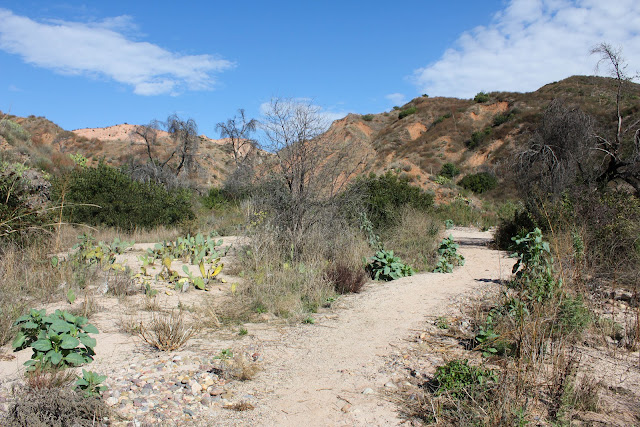 When you get closer to the locally famous Red Rock Canyon, you enter a wash filled with Prickly Pear cacti, yucca, native grasses and other flora. 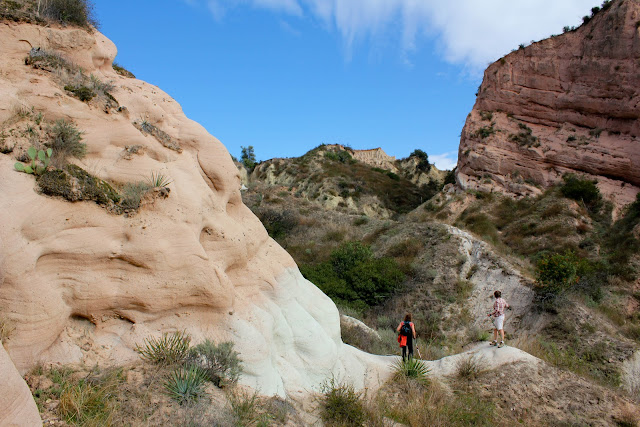 The hike along Red Rock Trail was only two miles to the little canyon. 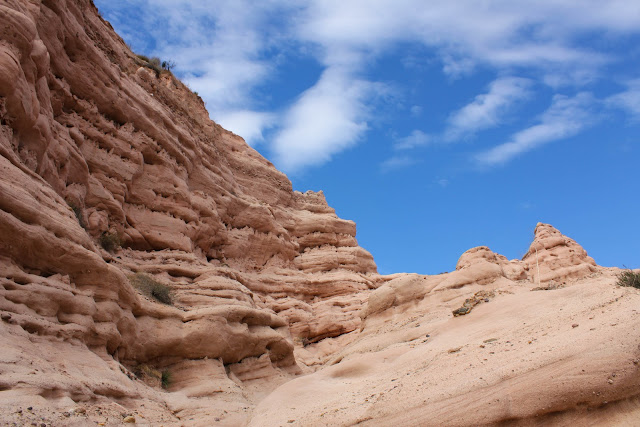 The erosion has chiseled a variety of designs and patterns into the sandstone. 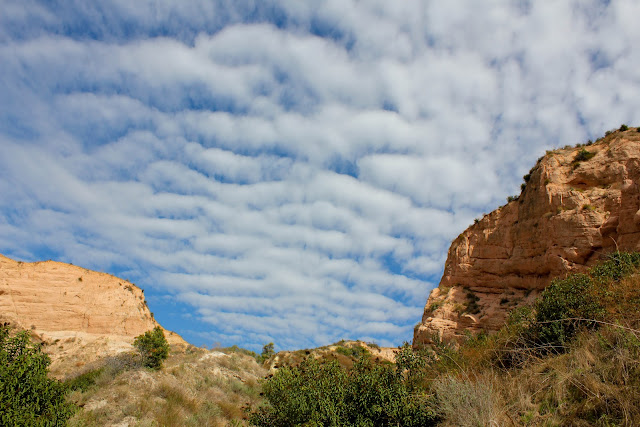 The day started overcast, but the marine layer burned off, and these dramatic clouds started to move in. 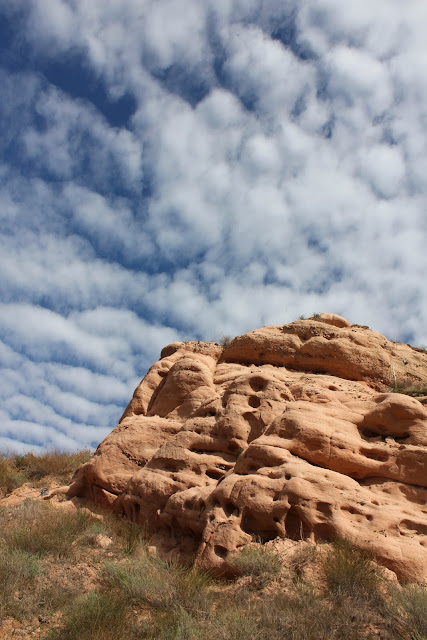 The deep blue and white set off the red rock. The views were a sweet reward for our easy walk in. 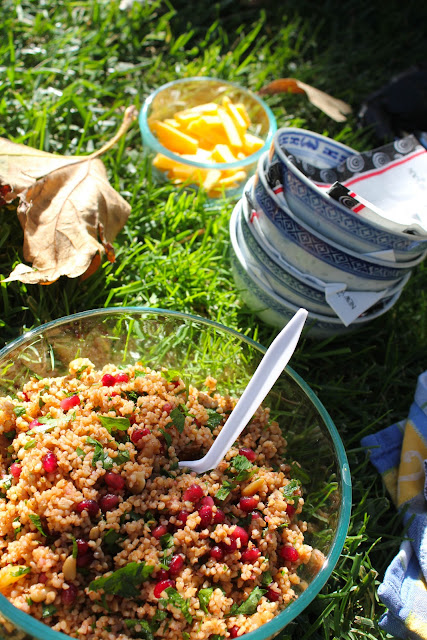 When we got back to the trailhead, Laura spread out her gourmet lunch under a sycamore on some grass. This is a salad she made of bulgar, fresh parsley and pomogranite seeds, tossed in an amazing dressing made of pomogranite molasses and other goodies. 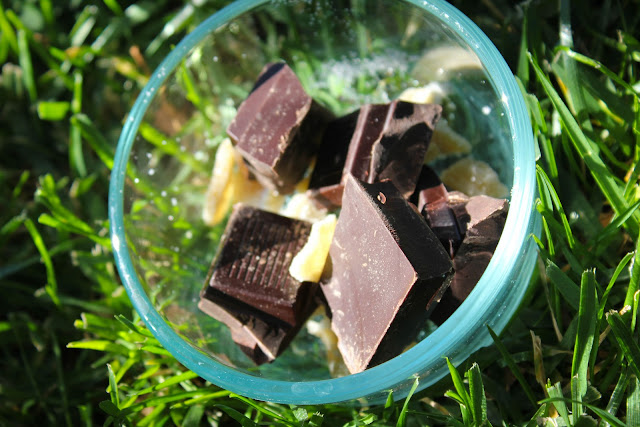 She also brought some Arkansas black apples, and offered some dark chocolate and sugared ginger, which she made herself. (Everyone could use a friend like Laura!) 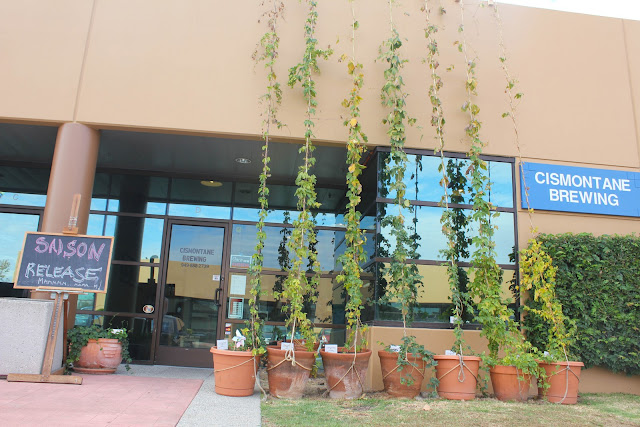 After lunch, we headed over to Cismontane Brewing, which Laura sheepishly admitted reading about in one of the glossy lifestyle magazines that land on our driveways. The storefront microbrewery was tucked away in a light industrial complex in Rancho Santa Margarita. The owners pride themselves on “reflecting the local culture and natural phenomena of Southern California,” and make their beer using plants such as buckwheat, fig, lemonade-berry, dates and pink peppers. (Hipsters in RSM. Who knew?) 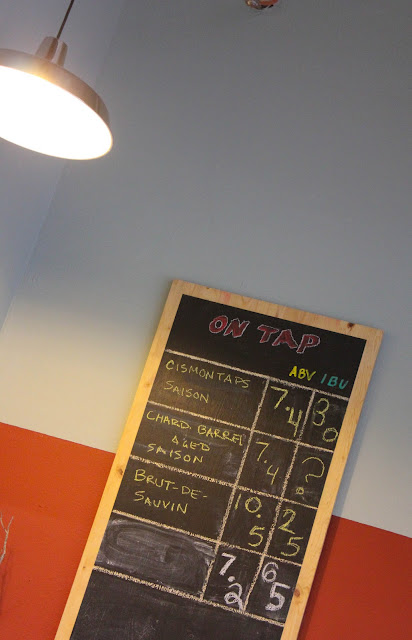 That day, they had three custom beers on tap. The top one was a typical Belgium-style beer, the middle one was aged in Chardonnay barrels and gave off an aroma like a fine wine, and the bottom one used Champagne yeast so it tasted like bubbly. Check out the alcohol contents! 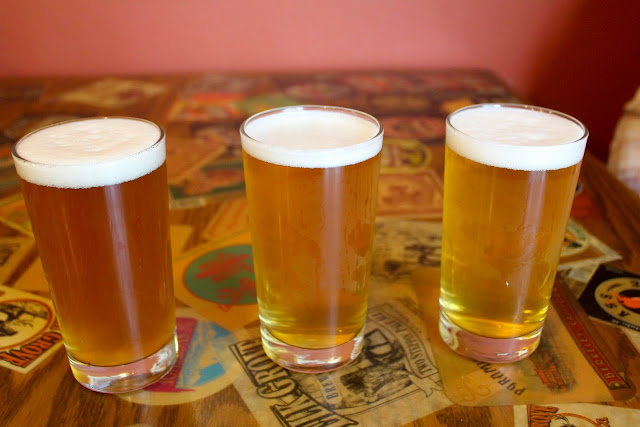 They were so delicious and packed a punch. (Thanks Ellen for being our DD!) 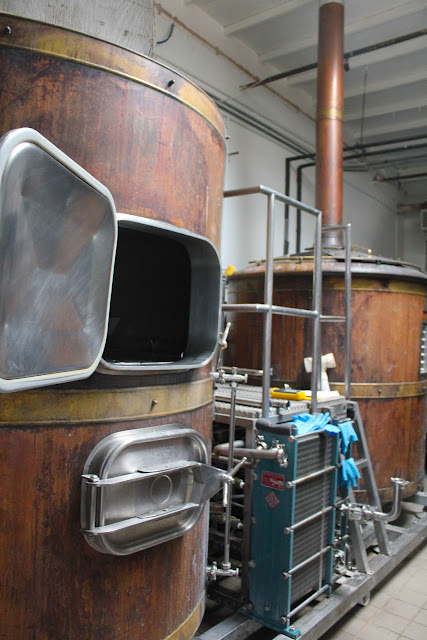 The nice guys working the bar gave us a little tour and showed us the barrels they used to make the beer.
By the end of the day, we were all ready for a long nap.

One thought on “Hike, Feast and Beer Up!”