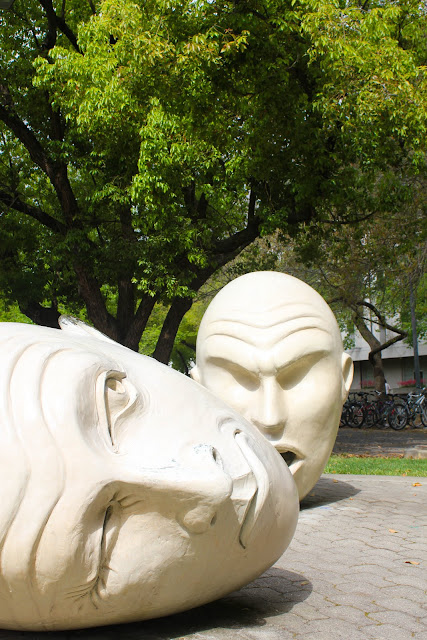 While checking out colleges over spring break this week with our son, a high school senior, we visited the beautiful campus of the University of California at Davis (outside Sacramento). While on our campus tour, we kept encountering these fabulous sculptures by ceramic genius Robert Arneson, called The Egghead Series. 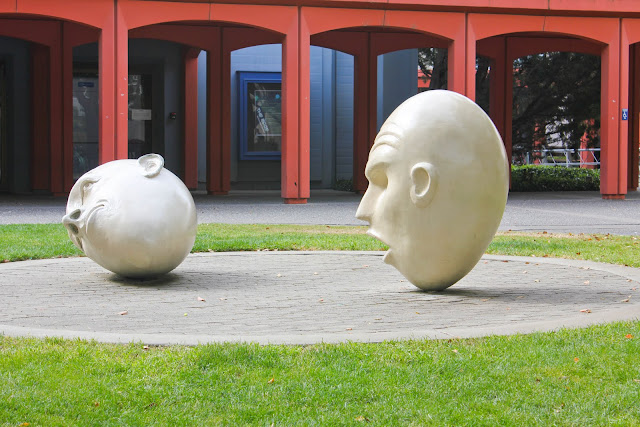 This pair of eggheads is called Yin and Yang and is in front of the university’s drama hall. Reportedly, the heads have an uncanny resemblance to their creator. Arneson, who taught at Davis for four decades (1962-1992) and was part of the Funk Ceramics movement, was commissioned to make these sculptures in 1989. Here’s a map to the eggheads. 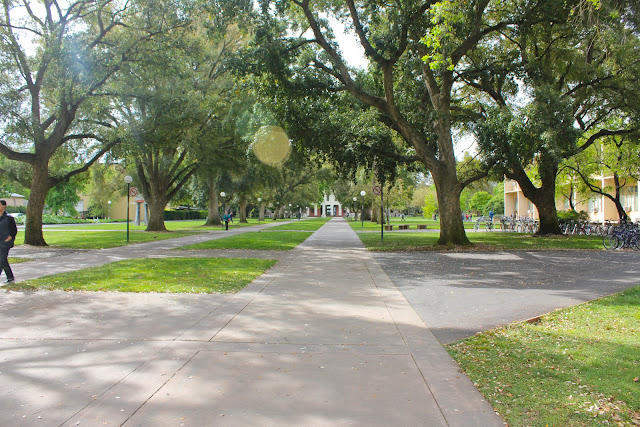 If you have never been there (like us), the campus is absolutely gorgeous, with giant grassy quads lined with massive oaks, maple, cork trees, tons of native shrubs and flowers. There also is a picturesque walkway that meanders along a stream in the UC Davis Arboretum. At the end of this walkway is the most popular egghead called Eye on Mrak (Fatal Laff). Arneson always encouraged people to interact with his eggheads in entertaining or humorous ways–and you can imagine some of the things those college students have come up with over the years.
Fatal Laff egghead is located in front of the administration building and one side (shown above) is laughing, and on the other side is a single, large eye, looking directly at the chancellor’s office (which has since moved). 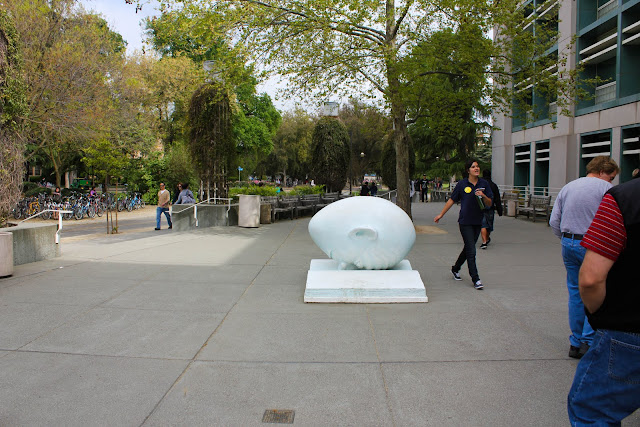 This egghead is called Bookhead and is in front of the library. 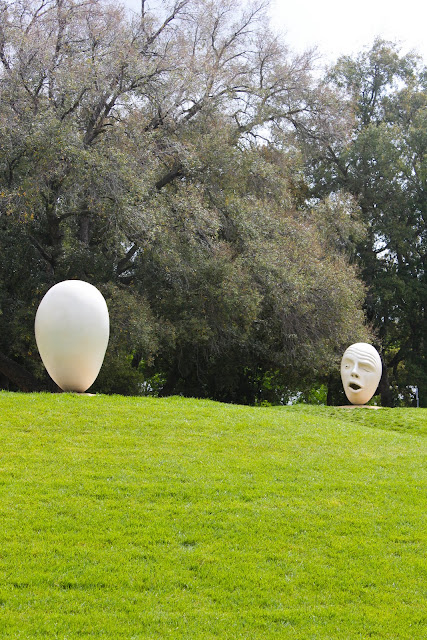 This pair was my favorite. They are called Hear No Evil/See No Evil,
and face each other on a grassy knoll in front of the law building. 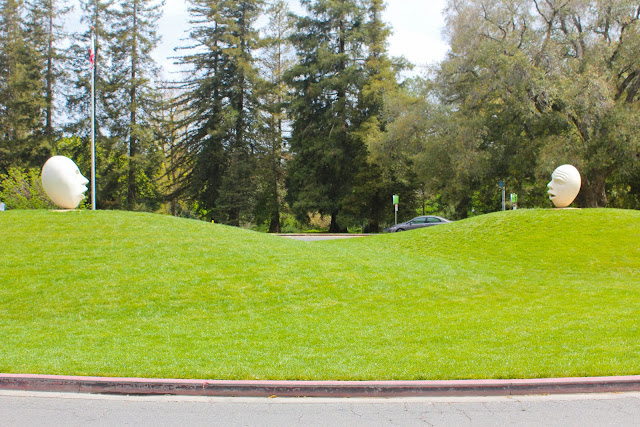 They are shown talking out of the sides of their mouths and they lack ears (ha ha!).
The last egghead, which we did not see because it apparently is tucked behind a building called North Hall, is called Stargazer.
Stargazer. 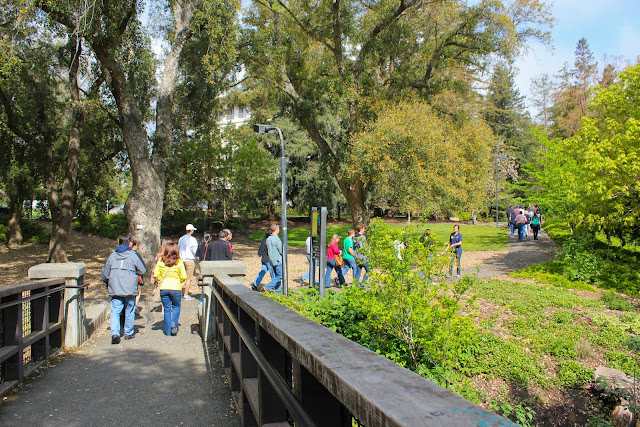 Although it doesn’t look like my son will be attending Davis,
we were smitten with the tree-filled campus, the friendly and relaxed vibe, and especially these witty, playful sculptures! 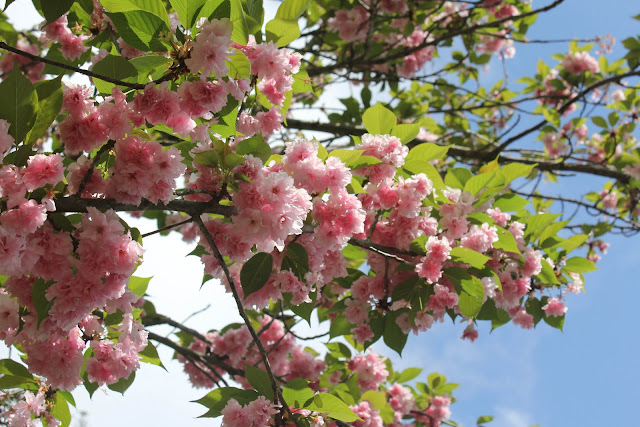 Hope you enjoy your own egg hunts this Easter!

10 thoughts on “A Different Type of Egg Hunt”