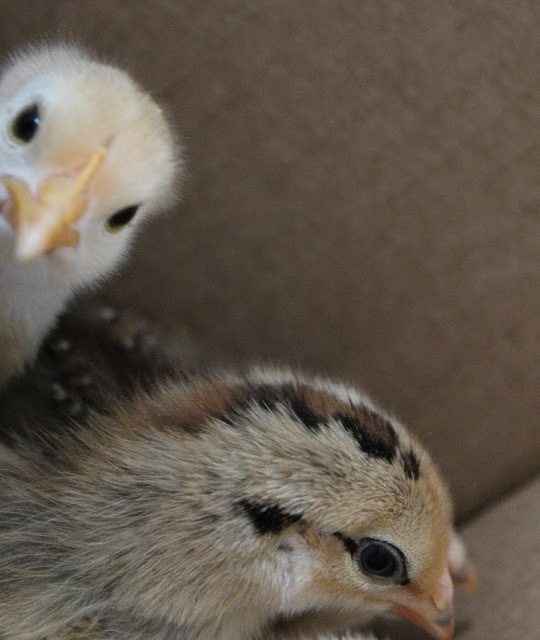 Some people envy their friend’s new Prius, or their cute designer boots, or their trip to Tuscany to learn how to cook. Not me. At the moment, all I want are some chickens. I know it’s trendy to raise your own anything right now, but it’s part of that fantasy of living on a farm, milking your own cow, driving an old red tractor, and talking about the weather all the time. The dream wouldn’t be complete without a bunch of hens strutting around the place, each with her own Depression-era name (Zinnia, Dot, Lulu, Sadie, Jezebel, Edith…) who lay large, warm, brown, speckled eggs that you gather in your special wicker basket every morning. 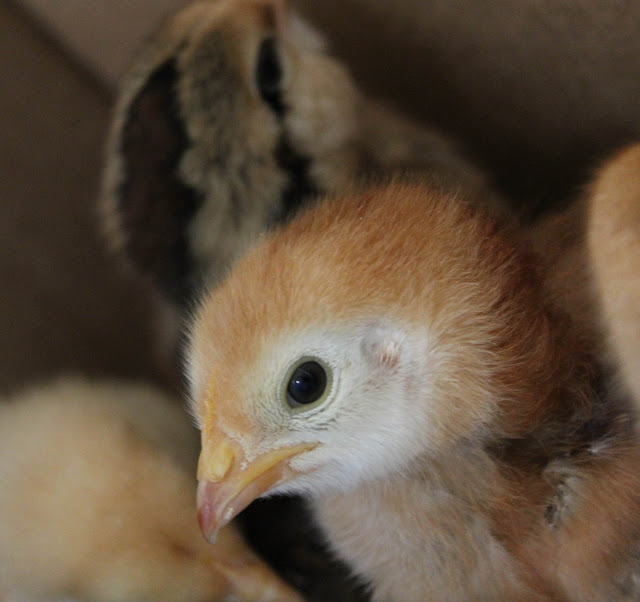 Well, it’s just not going to happen for me. My yard is pretty much a giant slab of concrete in the middle of a densely populated cul-de-sac. And oh yea, we have a dog, a Labrador (bred for hunting birds). 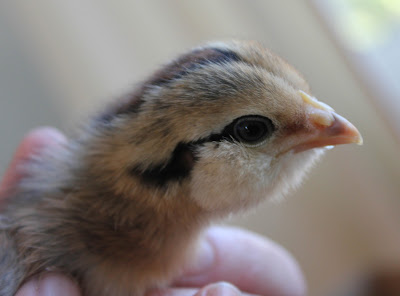 But wait…I still want chickens!!  Seems like everyone has them, even people who live on the 11th floor of apartments in Brooklyn. It’s all part of that sustainability movement. Hey, I’m a good person. I care! 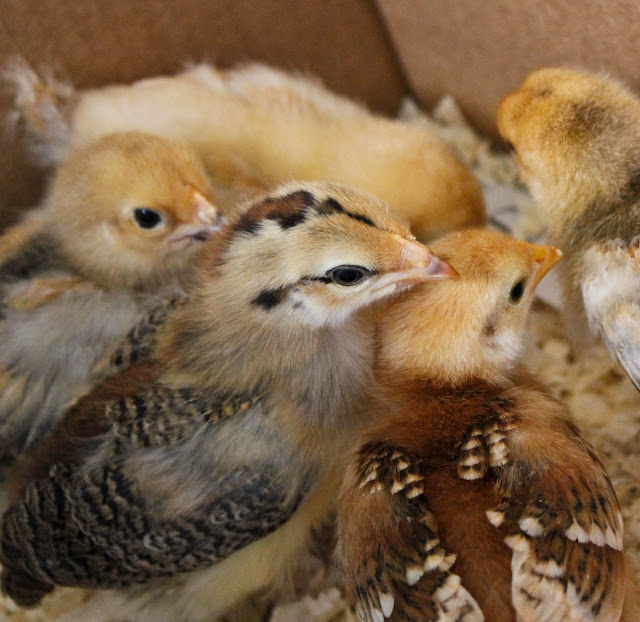 So you can imagine how green I turned when my friend Carey–another good person who cares–told me she had bought eight chicks. We walk together a lot and have talked about this fantasy, but she actually went and did it! 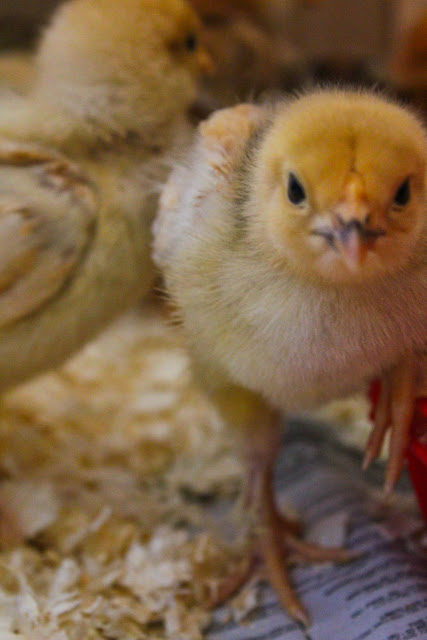 Carey said she got three different kinds: two Amaraucana, which lay greenish eggs; two Rhode Island reds which lay brown eggs; and, two Brahmas which lay white eggs. They are supposed to start laying eggs in 15 and a half weeks, not that she’s counting.
(Have you noticed how much a dozen organic eggs cost now? About the same as a gallon of gas, California prices!) 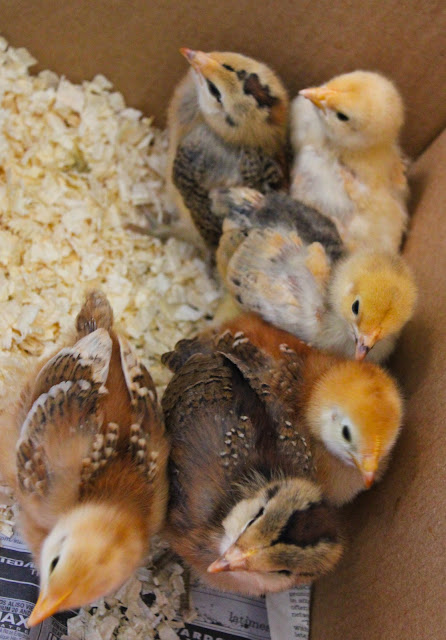 I teased Carey that she finally has some estrogen in her family. (She has two teenage boys–totally outnumbered in her family 3 to 1.) Maybe that was a snarky thing to say, but I’m jelly over those chickies!! 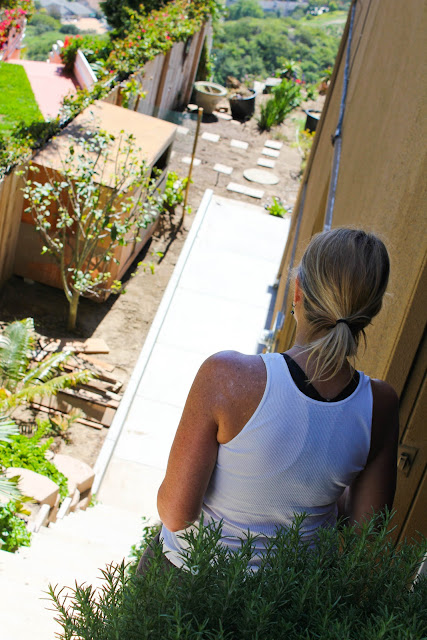 The coolest thing is that her husband and sons spent the weekend building this sizable coop, under the tutelage of a carpenter friend who helped them. They used mainly scrap wood from underneath their house.Yea recycle! 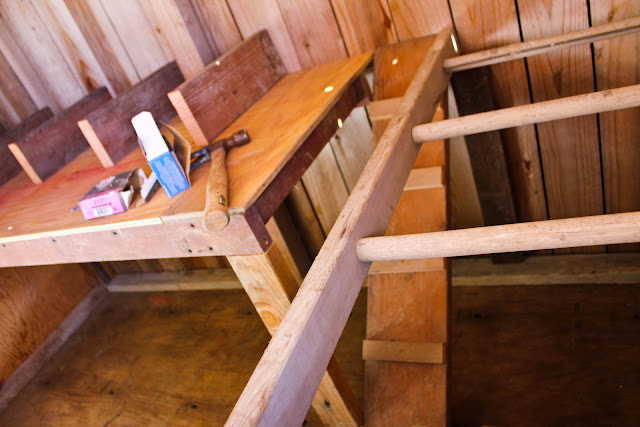 This is inside. They used an old ladder to build the roost. Isn’t that a great idea? Yea reuse!! 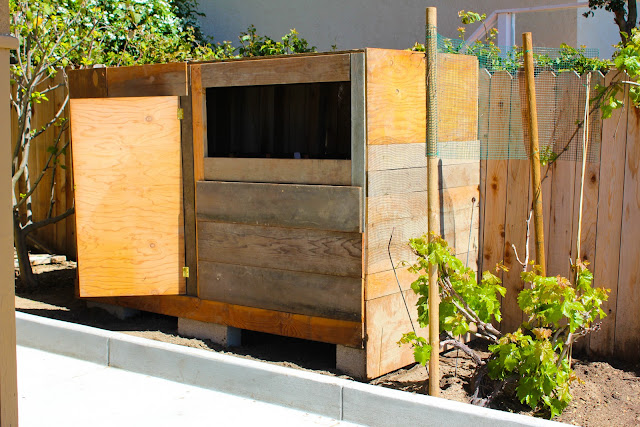 Here is it. It’s not quite finished yet. They are going to add a little door on the bottom left with a ramp where the chickens can go in and out, and add a covered run.
I think it’s THE perfect coop, but I thought you might find it amusing to see how high tech  these chicken coops have become.

This is a pretty streamlined version from modern chicken coop. I thought maybe I could squeeze something like this on the side of my house. But that chicken looks like she’s in jail. I’m not an expert, but I think you need happy chickens to get those large, brown eggs.

This chicken pad looks way slicker than my house! Dwell (who else?) via DigginFood blog.

Sorry, but this design screams, “We don’t know what to do with all our money” to me. By Cocorico. (Couldn’t find a price, but you can only imagine.)

This one, by Nogg, is supposedly still hatching in the design world. (In general, I’ve refrained from indulging in chicken idioms–you realize how many there are once you start hanging out with these dumb clucks. See!).

I did decide, however, that if I were a hen
I would like to live in this coop with the vintage camper design.
By GrassrootModern blog. (It could be yours for $750.)

Maybe someday I will figure out a way to have my own chickens.
Meanwhile, I hope I get to play auntie to Carey’s girls!

If you are considering your own flock, DigginFood has more great chicken raising ideas–click HERE to check them out. Also, here are other coop designs.

Here’s one my favorite books on raising chickens:

A Chicken in Every Yard: The Urban Farm Store’s Guide to Chicken Keeping