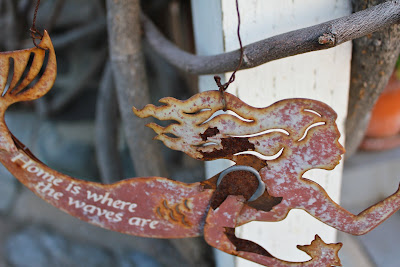 It’s hard to know where to start with Jill’s whimsical garden and Craftsman bungalow, located a block above Victoria Beach in Laguna. No matter where you look, the place is overflowing with nature, creativity, resourcefulness, time-worn treasures, and best of all, Jill’s playful sense of humor. In the next series of posts, I will take you around her home, built in 1919 (ancient by California standards!), which she and her husband restored from top to bottom, including the recently re-done backyard. 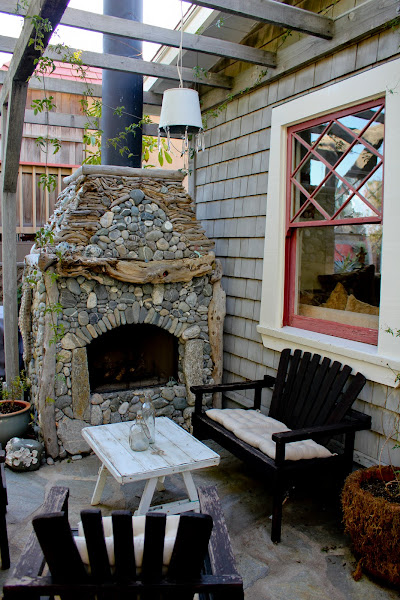 We will start here in her backyard, where you can check out her amazing outdoor driftwood and stone fireplace, and then her man-made stream and pond (including goldfish and two pet turtles) and a magical little mosaic doorstep. Later, I also will take you around to the driveway, where she recently installed a truly original outdoor shower, designed mainly for rinsing sandy feet, wet suits and surf boards. 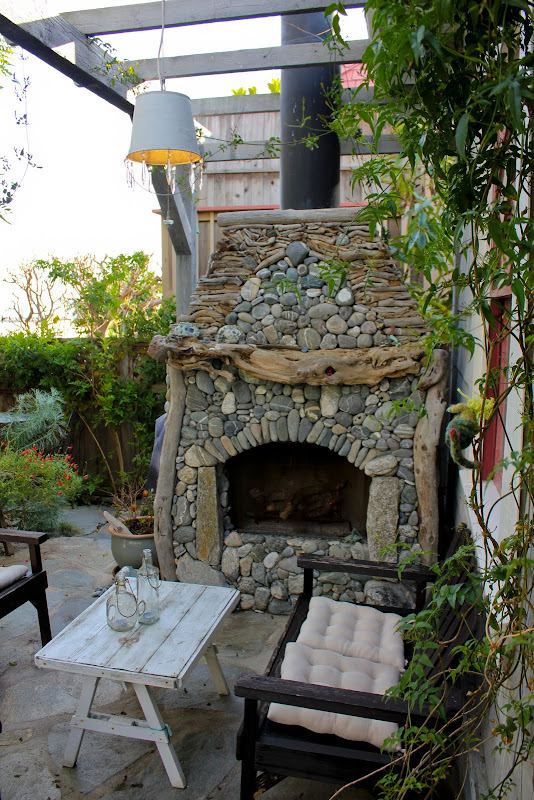 Then we will swing to the front, so you can see the charming entrance, the original stone front porch, wisteria ready to burst, her 1961 Chevy Parkwood stationwagon, and the English garden in the front, including a ceramic and copper fountain Jill made herself. Finally, we will sneak around to the sideyard, where Jill built two secret gardens for each of her children (now teens who I’m pretty certain prefer to remain out of this entire tour!). 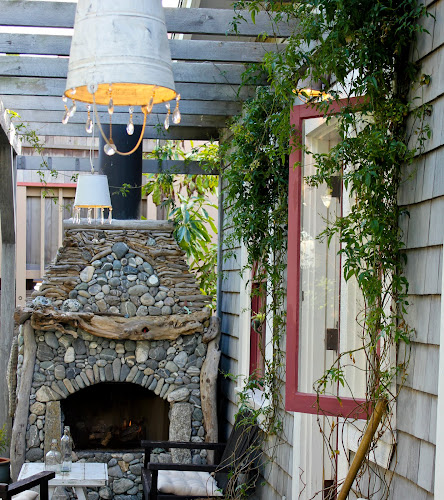 Jill said her inspiration to build this gas fireplace using driftwood and rocks
collected from the beach was from a man named Lew French. She calls her’s a “bad version.” I don’t know about you, but I’m impressed!!! 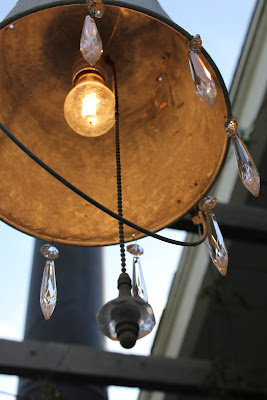 This hanging lamp was made of an old pail and chandelier crystals. 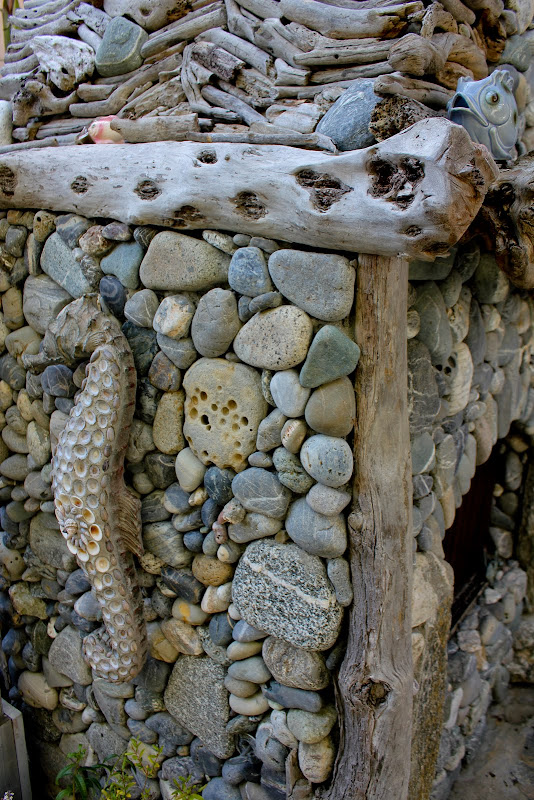 A sideview of the fireplace. 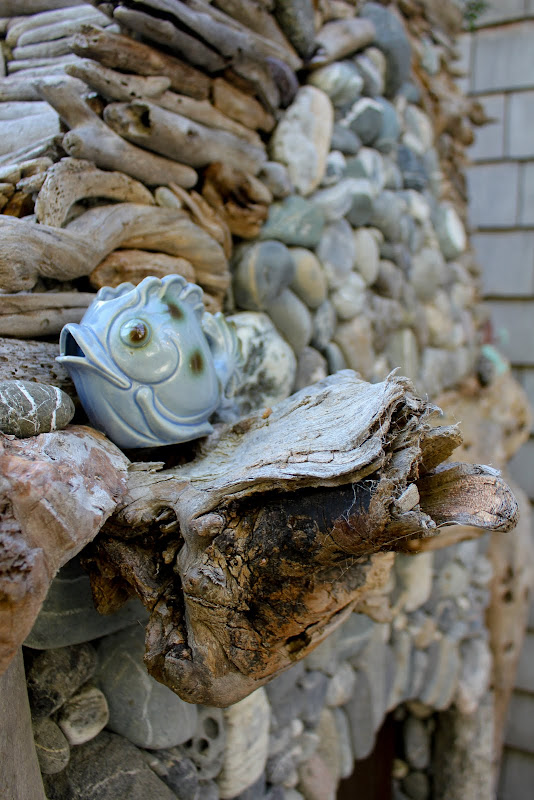 A corner of the fireplace, and another little vintage fish figurine. 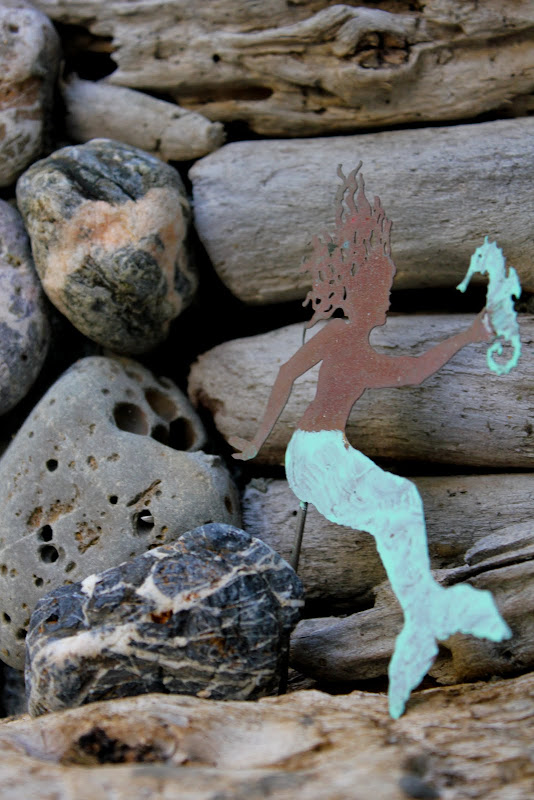 This little mermaid is perched on what could be described as the mantel. 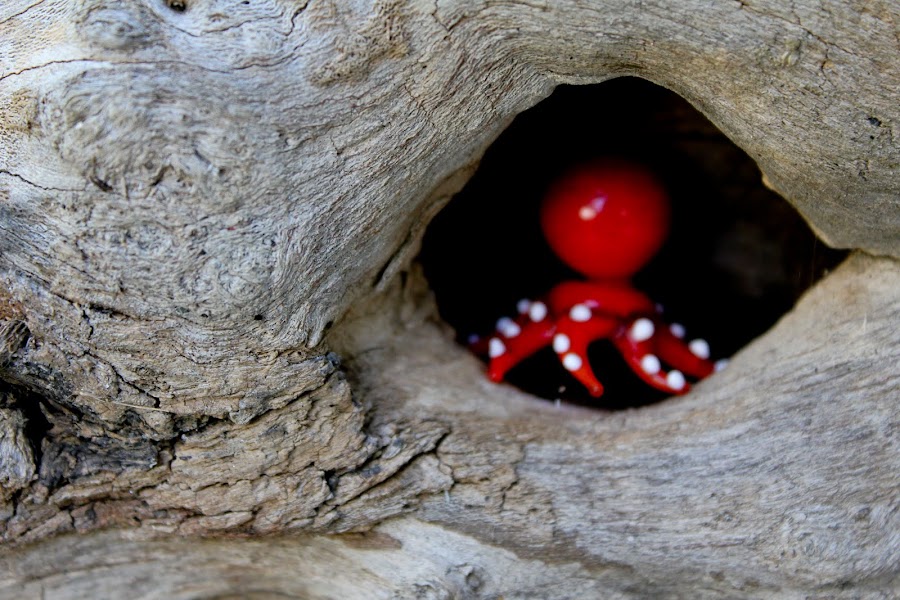 As you can probably tell by now, there are little surprises,
like this Venetian glass octopus, in every nook and cranny. 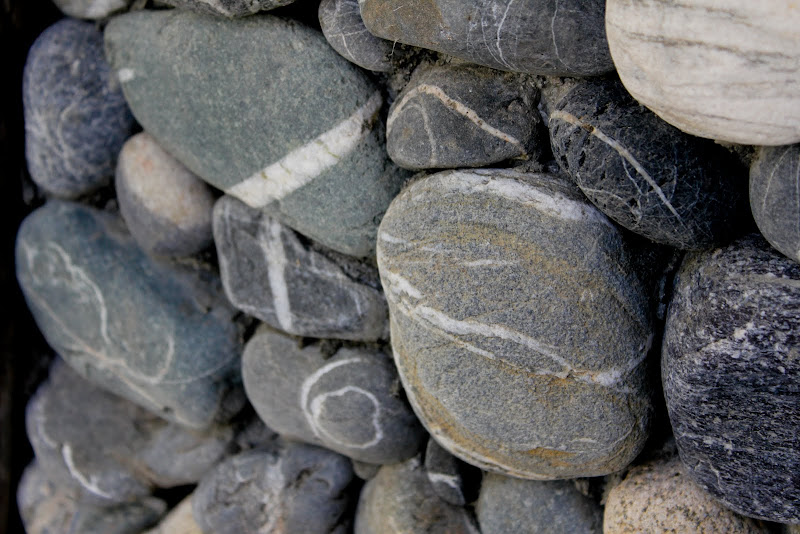 Jill tried to collect mainly ocean rocks with lines running through them. 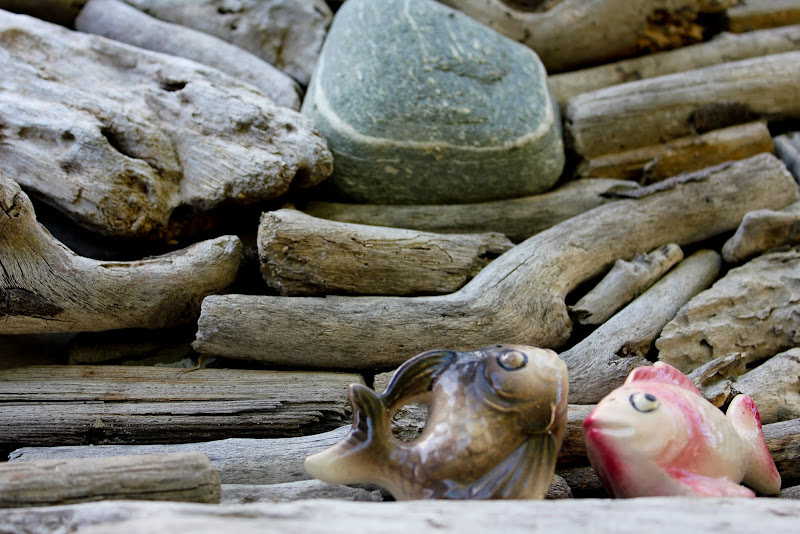 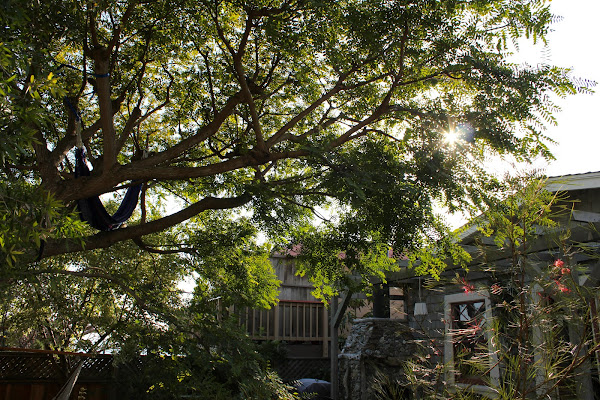 This large Tipuana tree (which blooms with yellow flowers in the spring) canopies over the entire backyard. Can you see the blue Panamanian hammock high up in the branches? 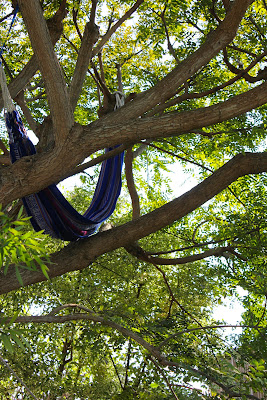 Jill’s teenage son likes to relax in the hammock about 15 feet above her stream. Jill says the knots are reliable. 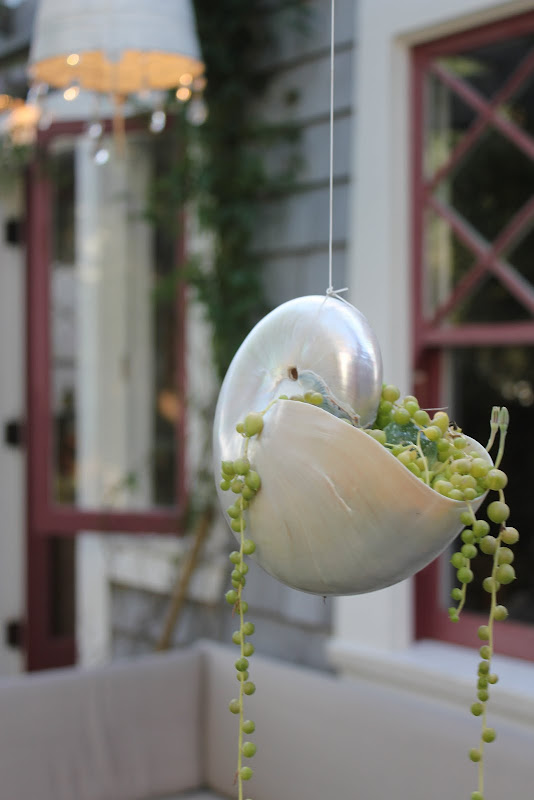 This nautilus shell piece, filled with String of Pearls succulent, aka Senecio rowleyanus, was given to Jill last year as a thank you
for her participation in the Laguna Beach Garden Club‘s annual tour. It hangs over a three-sided seating bench with pads near the garage. 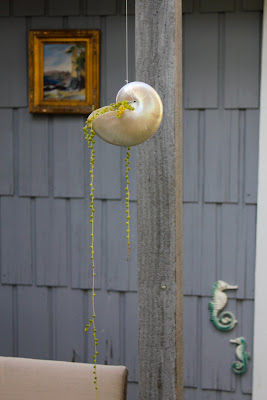 This is the side of the detached garage. The mosaic step is below
and just to the right of the sea horses, which will be featured in the next post. 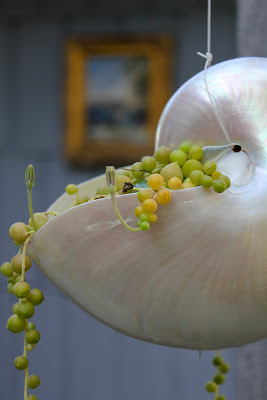 More nautilus. I just thought it was a pretty shot. 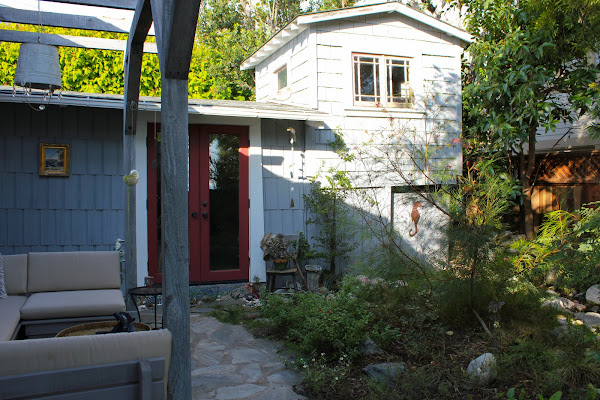 This is the little garage on the side of the house, which Jill converted into an office space. In my next post, I will zoom in on that mosaic doorstep under those red doors (my favorite!!) and the running stream in the backyard. Believe it or not, it just gets better and better! Stay tuned!

6 thoughts on “Visit a Mermaid’s Garden: The Backyard”