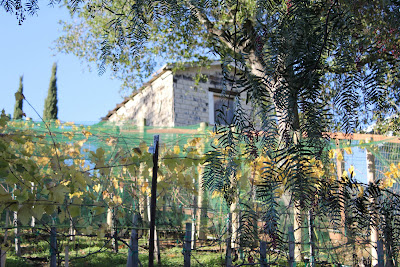 Many homes in Laguna Beach have sloped yards. Although this story about creating a “toy vineyard” is about growing grapes, which would not work in our climate, I wanted to share the idea of alternative plantings on challenging terrain (fruit orchards?)–as well as what other exciting adventures they can lead to:

After moving to northern California, my brother-in-law, Gary, decided to build a small vineyard in his backyard. He got the idea to plant a “toy vineyard” after the previous owner told him he was planning to plant fruit trees on the steep slope behind the house–about an eighth-acre of land. When Gary and family moved to Los Gatos, California, from Boulder, Colorado, they had no idea the area had a long history of wineries. (Testarossa winery is just up the hill from his house.)

With the help of a local winemaker, Gary decided to plant about 300 grape plants, both Cabernet Sauvignon and Syrah grapes. The first two years, he let the fruit drop to the ground. “You want to put its energy into the vine,” he explained. The third summer—this summer—was his first harvest. With the help of some friends, Gary picked about 600 pounds of fruit and crushed the grapes in his driveway. 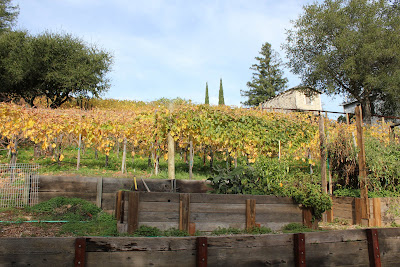 When asked about the biggest challenge, he said, “It’s all the maintenance. You have to prune in the winter and tie up all the canes to the wires. I have to put bird netting for when the fruit is there, and then take it down, and put compost down, and all the different steps. In the spring, you have to spray,” adding that although he isn’t registered as an organic grower,  he does not use chemicals.

“It was just for a hobby,” he said, adding the cost for the “toy winery” was about fourteen thousand dollars. “It’s a losing financial investment. We think of it more as landscaping.” If Gary grows tired of maintaining his backyard vineyard, he says there are wine makers in his community who are willing to maintain the vines (labor and costs) in exchange for the grapes. They even give back some of the wine they make. Gary’s son made homemade jelly out of some of the extra grapes from this harvest, called “Elliot’s Jelly.” 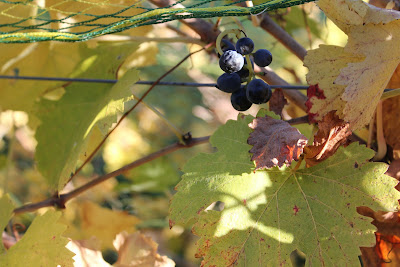 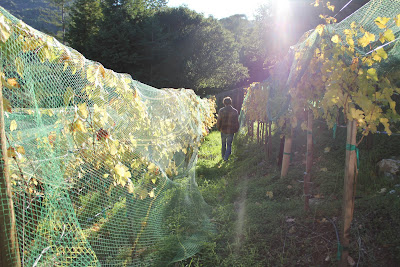 During this process, Gary discovered that he loved making wine more than growing the grapes. He started taking classes at UC Davis. “We all love wine and it’s interesting, from the grapes to the oak barrels you use to the different methods you use to get different types of wine. I found that more interesting than the farming,” he said. Then Gary started an internship at Testarossa (which, interestingly enough, used to produce all the communion wine for the Catholic Church.), making eight dollars an hour and working three days a week. He worked during the crush for three months in the fall. 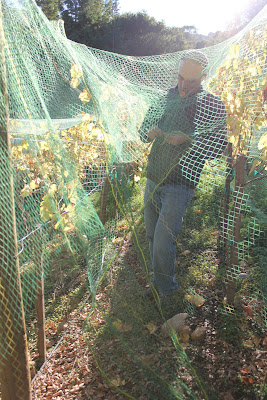 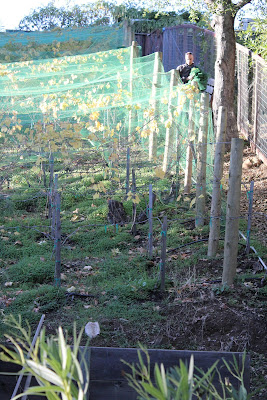 From a different winemaker, he then bought two tons of Syrah grapes and one ton of Cabernet grapes (which would make 150 cases of wine.) He leased space for six barrels in a different, nearby winemaker’s cellar and the use of their wine-making equipment. Gary went through crush in October, and then pressed them two weeks ago. Now they are fermenting for the next couple months, and then will age in oak barrels at the winery for a year or two. Then he plans to sell them at local wine-tasting events and restaurants. And of course, drink plenty of bottles for quality control! 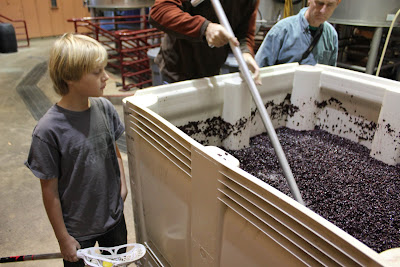 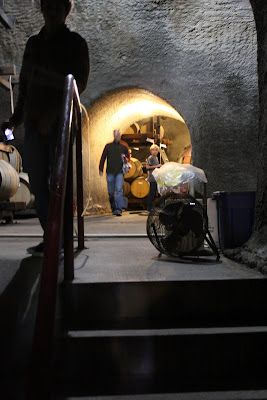 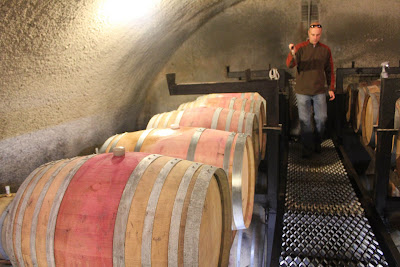